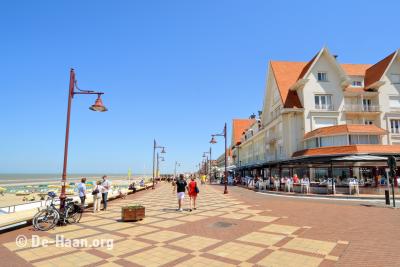 De Haan is widely known as Belgiums most beautiful village at the coast. This is not only due tot the presence of the unique and picturesque tram station dating back to the previous century, but also to the protected villa quarter, the Concessie, that still has the air of the grandeur of the Belle époque. This group of marvellous villas, built along twisted avenues and surrounded by green, are appealing to the eye of every single visitor. 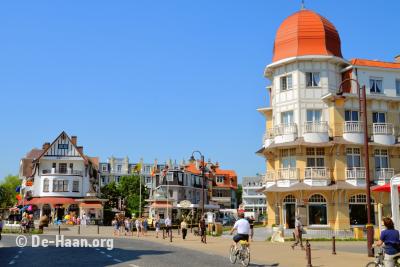 De Haan is an extremely charming spa-town. Along with the close municipality of Wenduine and the villages of Klemskerke and Vlissegem, De Haan mainly attracts tourists who love the peace and quiet. The fact that there are no groups of apartment buildings near the coast at De Haan, gives the town its unique character. You will enjoy the peace and beauty again and again. Therefore it does not surprise you that in former times, Albert Einstein spent his summers here. 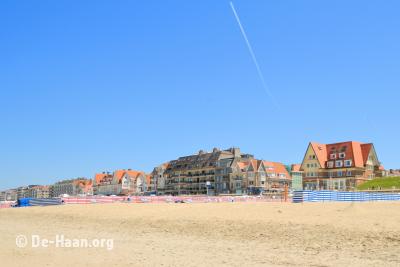 You can also enjoy the wonderful view over the North Sea, the coastal region and the diked marshes from the highest dunes in De Haan. Furthermore, the lovely Hubertmolen, the cultural Wielingencentrum and the nice Zeedijk with its many pleasant terraces are awaiting your visit. Also enjoy the nice shopping street, one of the many restaurants or a tour through the wonderful area of dunes. 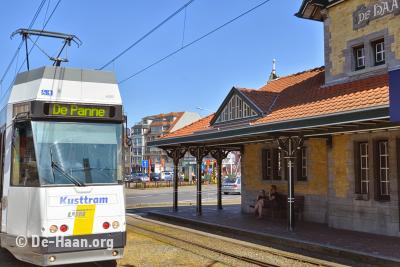 De Haan is proud of its beach. It is the longest of the Flemish coast! The beach is rather quiet, a wide sand beach of about twelve kilometres in lenght and 50-80 metres wide. To the west, at the border with Bredene, you will find the only nudist beach of the Flemish coast. In summer, the beach is pleasantly busy, but not too crowded. Also in early and late season, De Haan is an excellent destination to enjoy the wind along the shoreline! The extremely lengthy beach is wide and is adjacent to wonderful turquoise seawater. 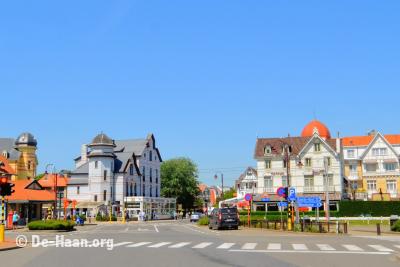 At the Zeedijk, the popular beach promenade with terraces and restaurants, is a pleasant and lively atmosphere. The nostalgic flair expresses itself through the twisting paths through the dunes, where the gardens and villas dating from the Belle Époque have merged into a peaceful landscape. This charm is best seen on foot, or like many of the Flemings do, with one of the pedal propelled carts that are so typical for the Belgian North Sea coast.

At many places, De Haan still is the way it was founded between the dunes a century ago: stylish villas in Jugendstil and Art Deco, prestigious hotels, a lot of green - even the coastal tram stop can still be found in its original form. Nearly all the buildings in this wonderful town date back to the Belle Époque period. The typical Anglo-Norman style with its red roofs, decorated balconies, turrets and half-timbered houses, does not only establish the distinctive appearance, but also the easy-going atmosphere of the town centre. You will enjoy a stroll down the twisting avenues of the romantic villa quarter and every now and then you will find a real treasure.

Every visitor of the historical wooden tram station will be caught by a feeling of nostalgia that can be compared by flipping through the pages of a photo album from the early twentieth century. It is a feeling that reminds of the time when the middle classes discovered the sea and the feeling of summer, and started longing for the summer holidays.

If we would just describe this coastal municipality as a beautiful, residential spa-town, we would not do De Haan any justice. That is because also in De Haan, many events are organized each year. Again and again the region’s joy of life revives, celebrated with an extensive programme of events, including an international open air theatre, the biggest Belle Époque fest Trammelant, the Oude Klepper Parade (motorvehicles) in De Haan, the Zeewijding, the Molenfeesten and the Reuzenfeesten in Wenduine, the Vosseslagfeesten, the Vlissegem fun fair and the ZomerEnde in Klemskerke.